In earlier days she contacted Spanish television, specifically the program report, They wanted to make a small fishing report for TVE, on the river ebro, from its source to its mouth, through all the towns through which passed our wonderful river ebro. To us I play we catfish fishing in Escatron , Chiprana.

We face the day with the type of fishing FIXED PELLETS 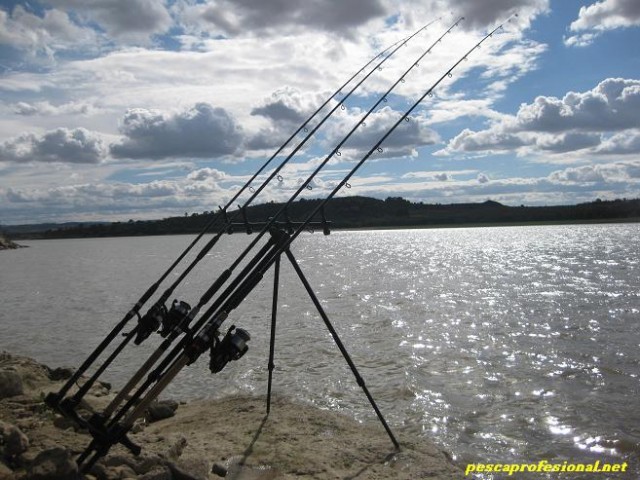 The morning began at 8, in the sky a little cloudy with some wind, TVE reporters were interviewing us as we rode by reeds, asking about catfish, their habitat and other. Upon completion of mounting the reeds just had to wait chopped, bites that were not made to wait, Raul gets the first shank, reporters go crazy record, a catfish medium sized delights chambers, one hour after another reed starts to get online heartedly this time Jesus takes, this looks good, reporters do not lose detail, making you ask Jesus, which will not answer the embarrassment of cameras( the truth is that it feels a little uncomfortable in this situation)

The fight was giving the fish and had an affair with the mark of cebadero made us ride on the boat and take the fight from the boat, surfaced after a good copy of 2,16cm in length, reporters already had what they wanted and withdrew to seek new adventures, our friends and we keep fishing, Antonio only needed to take one of these behemoths, later there was another ground which took over Antonio, a good fight and catfish 1,64cm posed for pictures. Our friends were left wanting more and decided to repeat the next day. In this case they repeat Raul and Antonio. Jesus, as it was near Zaragoza, it wanted closer with his wife and son to see the Virgin of the Pillar. 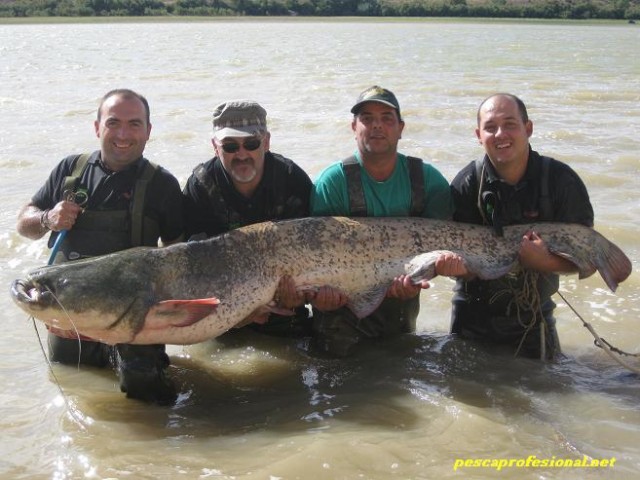 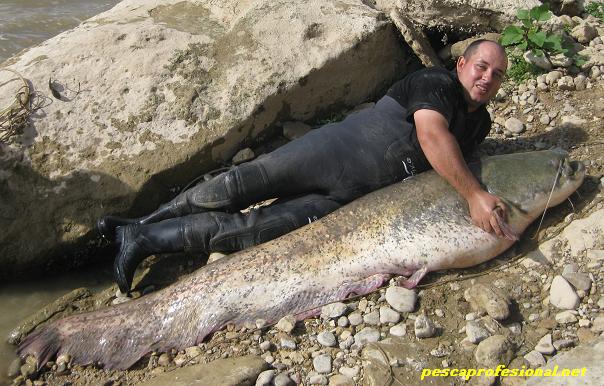 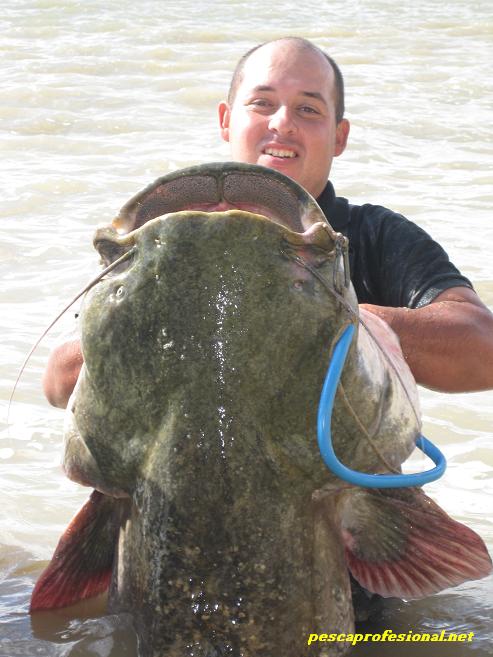 The day started as the day before about the 8 in the morning.

Launched reeds and wait, 30 minutes after a rod is thrown, Raul gets almost lose cane, but does not give the cheek to nail the fish and this is unnail. Spent the morning with plenty of touches in the reeds did not finish boot, we do not know whether they would or would marquees, even we got to put hooks and smaller baits to leave doubts but not with those.

It was 3:20 pm a reed begins pulling thread, as if the world were to end, Raúl is caught talking on the phone, even with those catches cane, no loose or phone,( but loose the phone and pulls) I fell a good brawl, all morning waiting for a bite and almost lose, from here I apologize for the anger.

A copy that had many but many lame ... ..is, began pulling wire continued pulling wire and pulling thread followed, reached such that almost leaves us bobbin thread, running hopped on the boat, to recover some thread, this animal was very strong, We were fighting the 1hour and 15 minutes, at that time Antonio was alone on the shore with five rods cast, what we feared most happened a reed began to pull wire and Antonio had no choice but to take her, another good sized catfish fight with Antonio while we were fighting with Raul. The thing came to fruition, Antonio bag a nice copy of 190cm and Raul other 2,11cm, that was stronger than a bull, Jesus appeared for the pesquil and wanted to take some pictures with her son four months, an a good photo session and the release of copies and gave final approval of the Jornal fishing. 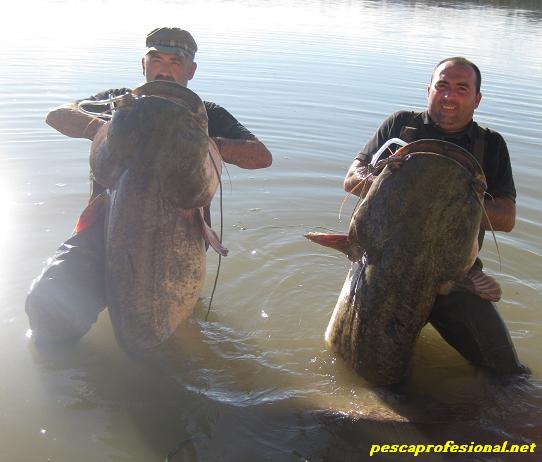 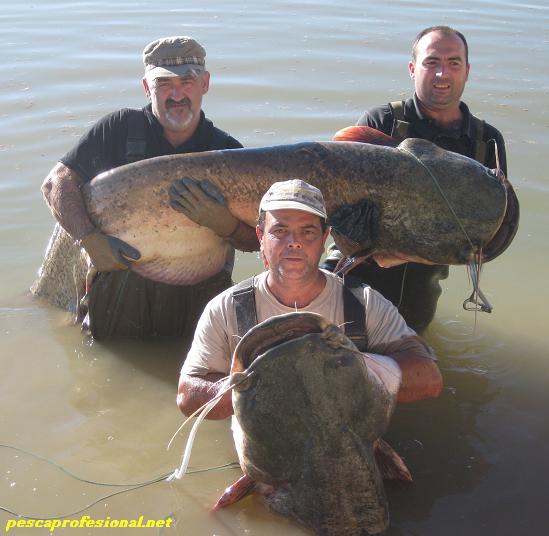 Coming soon, as we communicate, When you emit the program will let you know.