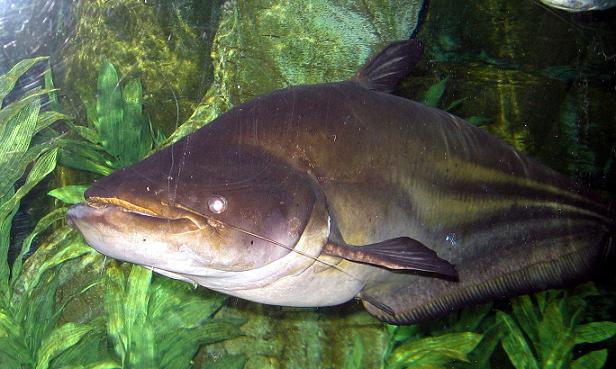 Attu Wallago is a species of catfish of the family Siluridae, O “sheatfishes” It is commonly known by its generic name, wallago. Found in large rivers and lakes, You can reach 2,4 m (8 pies) Length.

It is found on the Mekong River in East and South Asia in Pakistan , Vietnam y Indonesia, There have also been reports have been introduced in Afghanistan. 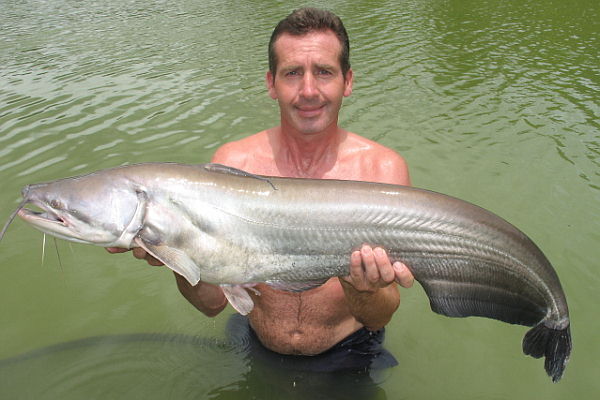 Found in large rivers, lakes and reservoirs, It is one of the big catfish , voracious predator that grows in rivers with mud and grass margins. It mostly lurks beneath the holes in the banks of rivers and canals, usually they located in deep areas, with or without flow of funds mud or silt. Juveniles feed mainly insects,Adults feed on small fish, crustaceans and molluscs.

They are most active during the warm season, They reproduced in the pre-summer monsoons. In the Mekong, They migrate to smaller streams, channels and flood plains during the rainy season. When the water level drops in the Mekong and floods recede, the largest tributaries of the Mekong travels, where it remains in deep wells until the next flood period. It has a powerful jaw with numerous conical teeth, You must be very careful in their handling. 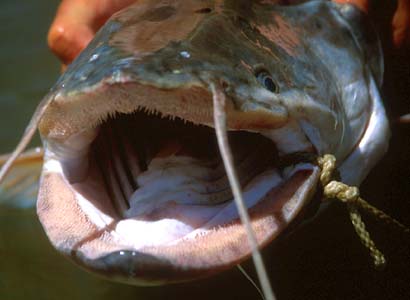 It is common to find frogs and huge fish inside your stomach, when you cut to cook. It has been claimed that in some areas of Thailand indigenous fear the species because of its habit of eating ducks, You can feed the dogs and young children. It is believed that this Tapah became aggressive fish because the natives, They cast their dead into the water. Catfish then sees this as a continuous food supply. 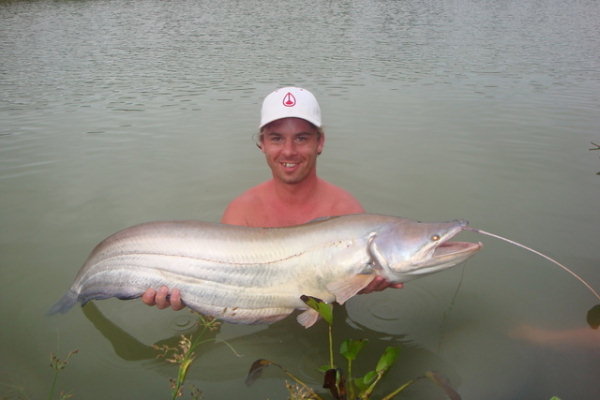 The species is threatened by overexploitation.