The most common form of recreational fishing is done with a cane, reel, line, hooks and any of a wide range of artificial lures cebos.Los are frequently used instead of bait. Some fans make hand , including plastic lures and artificial flies.

A method of growing popularity is kayak fishing,in an attempt to level the playing field with fish and to further challenge their skills. The kayaks are stealthy and allow fishermen to reach non-exploitable areas from land or boat fishing convencional.La is usual for men, although women also participate in sport.

Recreational fishing for sport or leisure gained popularity over the centuries 16 Y 17, and coincides with the publication of Izaak Walton “The Compleat Angler”, or “Recreation contemplative man” in 1653. This book is the definitive work that advocates the position of the fisherman who loves fishing for good fishing. 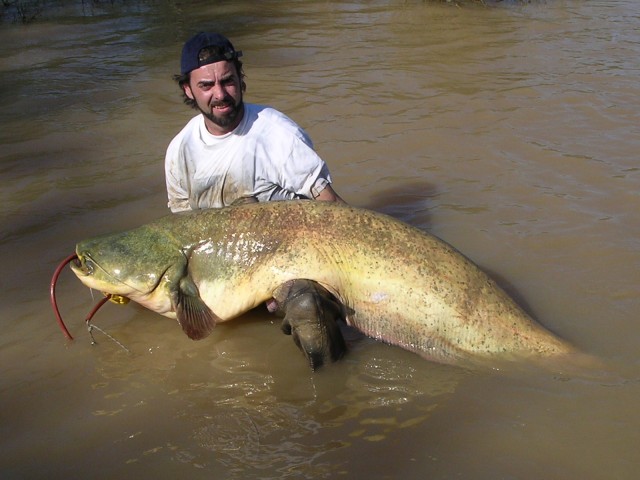 The early evolution of fishing and recreational is unclear. For example, there is anecdotal evidence of fly fishing in Japan as early as the ninth century. C., and Europe Claudio Eliano (175-235 dC) fly fishing describes in his work on the nature of animals.

Fly fishing was probably a means of survival, instead recreation. It is possible that the history of fly fishing pleasure came to England with the conquest of 1066.Aunque Normana the moment in history where fishing is arguably first recess is unclear,it is clear that the fishing had come fully with the publication of “The Compleat Angler”.

Fishing methods vary according to the fishing zone, target species, personal strategies fishermen, and disponibles.Va resources from the aristocratic art of fly fishing developed in Britain, to high-tech methods used to chase marlin and tuna. Sport fishing is usually done with the hook, the line, rod and reel rather than with nets or other aids.

In North America, freshwater fish including snook, redfish, Salmon, trout, lucio, bagre y muskellunge. Smaller fish are called panfish, Since they can fit in a pan. Examples are crappies, perch, the rock, bluegill and sunfish.

In the past, anglers, although they did not eat their catch, almost always they killed them to take them to shore to be weighed or for preservation as trophies. In order to protect recreational fishing,sports fishermen and often practiced catch and release,Y, sometimes tag and release, Which involves adjusting the fish with identity marks, registration of vital statistics, and sending a record to a government agency.

Most anglers use a fishing rod with a longline and hook at the end of the line. The bar can be equipped with a reel, and some form of bait or lure attached to anzuelo.La fly fishing, a special way of angling in which the reel is attached to the end of the bar, and a movement of whipping is used to mimic a fly with an artificial fly.

Effective use of fishing techniques often depends on knowledge about fish and their behavior as migration, foraging and habitat.

Fishing gear is a general term that refers to the equipment used by fishermen. Almost all equipment or gear used for fishing can be called fishing tackle. Examples include hooks, lines, plomada, floats, bars, coils, baits, lures, spears,networking, gaffs, traps…

Recreational fishing has rules, restrictions and licensing laws limiting how fish can be caught. El International Game Fish Association (IGFA) manufactures and oversees a set of voluntary guidelines. Normally, These prohibit the use of nets and catching fish with hooks that are not in the mouth. executive regulations are implemented by governments to ensure sustainable practices among fishermen. For example, in the Republic of Ireland, the Central Fisheries Board oversees the implementation of all fishing regulations, including controls fishing lure, baits and number of authorized hooks, and licensing regimes and conservation of other restrictions arising.

In addition to catching fish for food, anglers can also keep a record of fish caught and fish size file “trophy” the maintenance record of independent bodies. In the Republic of Ireland, The Committee verifies and publicizes catching fish “trophy” caught with rod and line fishermen in Ireland, both freshwater and sea. Likewise, the Committee affirms Irish registration. It also uses a set of rules of "fair play" ,regulations so that fish are caught according to the rules accepted Fishing.

recreational fishing contests (tournaments) They are a recent innovation where fishermen compete for prizes based on the total weight of a particular species of fish caught within a predetermined time. This sport evolved from local,fishing contests in major racetracks, especially in North America. Competitors are most often professional fishermen, which they are supported by commercial sponsors. Other competitions are based solely on length with mandatory return or release. Any of the longest fish or total length is documented with a camera and a mandatory label, a practice used, since it is difficult to weigh accurately a live fish in a boat.