Atlantic salmon, known scientifically as Salmo salar, It is a species of fish in the family Salmonidae, Which it lies in the northern Atlantic Ocean and in rivers that flow into the North Atlantic and (due to human introduction) North Pacific. 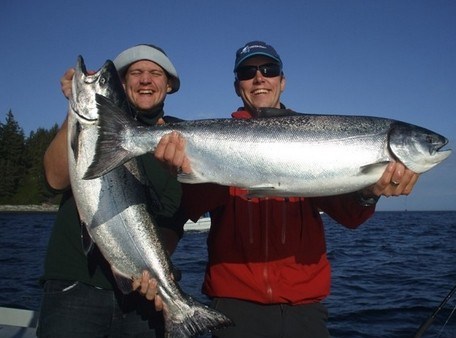 Atlantic salmon was given its scientific binomial name zoologist and taxonomist Carolus Linnaeus in 1758. It was not until later, Nevertheless, that smolt different color the same species found. 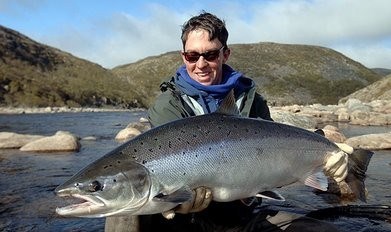 Name, Salmo salar, It is America “Salmo”, That is to say, Salmon, Y “salar”, What does it mean”jumper”, according to M. Barton, but more likely it means “resident saltwater”.

Coloring Atlantic salmon does not look like young adult stage. While living in freshwater have blue and red spots. While mature take a blue silver glitter. As adults, the easiest way to identify black dots is predominantly above the lateral line, Although their flukes usually unblemished. When men are played acquire a green light or red coloring. Salmon has a fusiform body, and well developed teeth. All fins, except adipose tissue, They are lined with black. 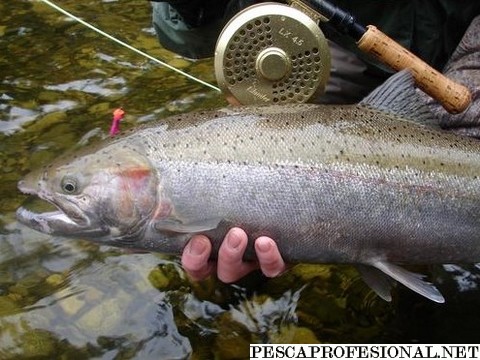 After hatching, young salmon start feeding two days, after the yolk sac is absorbed by the body, They begin to hunt, children begin with tiny invertebrates, but as they mature sometimes they eat small fish. Foods that most commonly eaten include caddisflies, blackfly, you mayflies, y stoneflies. 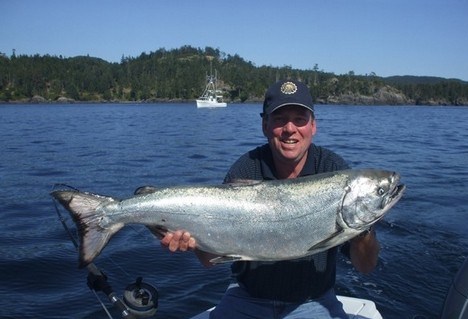 It is supposed to land fish, It not is entirely proven While sometimes can be aggressive toward others, the social hierarchy is still unclear.

Atlantic salmon when adults are considered more aggressive than other salmon and are more likely to attack other fish than others. This has become an invasive threat to native salmon such as chinook salmon and coho salmon. 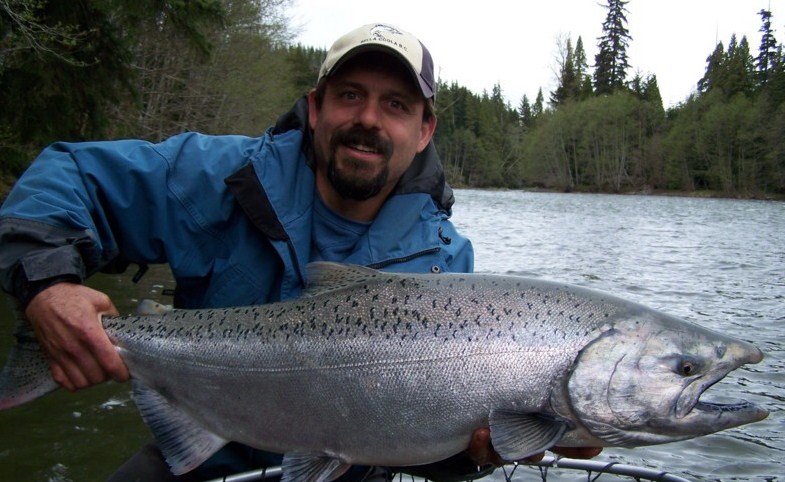 Atlantic salmon, They can live without salt water, There are numerous examples of salmon totally dulce.Las water freshwater phases of Atlantic salmon vary between 1 a 5 years, according to the location of the river. While young people in the southern rivers, such as the English Channel, It takes only one year old when they leave, further north as the Scottish rivers can be more than four years old. The mean age correlates with temperature above 7 ° C.

The first stage is the stage juvenile. During this phase, fish are kept in the culture broth and uses the nutrients remain in their yolk sac . During this stage of development, the young people become active hunters. During this time, They move to areas with higher concentration of dams. The final phase is fresh water when grown in Parr in preparing for the trek to the Atlantic Ocean.

During these times, Atlantic salmon are highly susceptible to predation,Thus, the 40% They are eaten by trout. Other predators include other fish and birds.

When Parr develop into smolt, They begin the journey to the sea, which mainly occurs between March and June. Migration usually acclimate to salinity changes. Once ready, let young fry, They prefer a reflux. 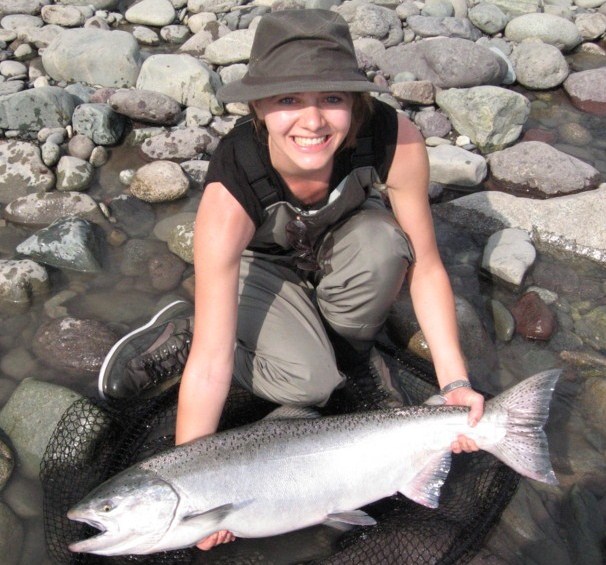 Having left their natal streams, experienced a period of rapid growth during the 1 a 4 They are living in the ocean. Normally, Atlantic salmon migrate from their birthplace to an area in West Greenland continental plate. During this time in the life of salmon, They face predation by humans, Greenland sharks, skate, cod, And halibut. Some dolphins have realized playing with dead salmon, but it is not yet clear if consumed.

Once large enough, the change in Atlantic salmon smolt stage where they are ready to return to the precise freshwater tributary in which they were born. After returning to his native salmon stream will stop eating altogether before spawning. Although the form is unknown returning to the same place, It has been suggested that – smell of the exact chemical signature of that stream – It plays an important role in this process. Once above about 250g, Fish are no longer prey to birds and many fish. 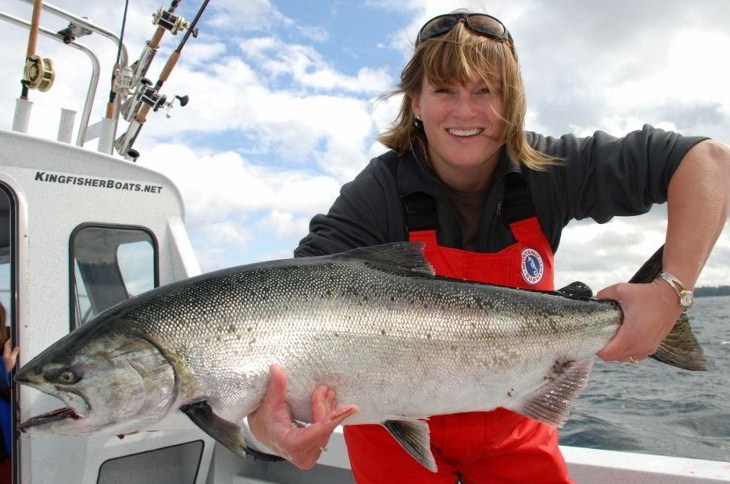 Race Atlantic salmon in the rivers of: Western Europe from northern Portugal from north to Norway, Iceland, Greenland, And the east coast of North America from Connecticut in the United States north to northern Labrador and Arctic Canada. Atlantic salmon, they have escaped from aquaculture industry have also been found breeding in the tributary rivers of the Pacific Ocean in British Columbia on the west coast of Canada. The species builds a nest or “retouched” in the gravel bed of a stream. This is a woman creating a strong downdraught water with his tail near the gravel, what excavate a depression. After she and the male fish, respectively, They have thrown eggs and sperm (sperm) before depression, women reuses its tail, this time in exchange for land, and to cover the eggs and sperm that have submitted in depression. At sea, The species is found primarily in the waters of Greenland and migrations to and from their natal streams. Until early 1800, Atlantic salmon were native to the waters of central New York. When the dams were built in the Oswego River their spawning areas were cut and were extinct in the area.

Unlike the various species of Pacific salmon, Atlantic salmon is iteroparous, Which it means that fish do not automatically die after spawning, and can recondition themselves, return to the sea to repeat the pattern of migration and spawning several times. Nevertheless, migration and reproduction spend a huge bill wear fisiologico.