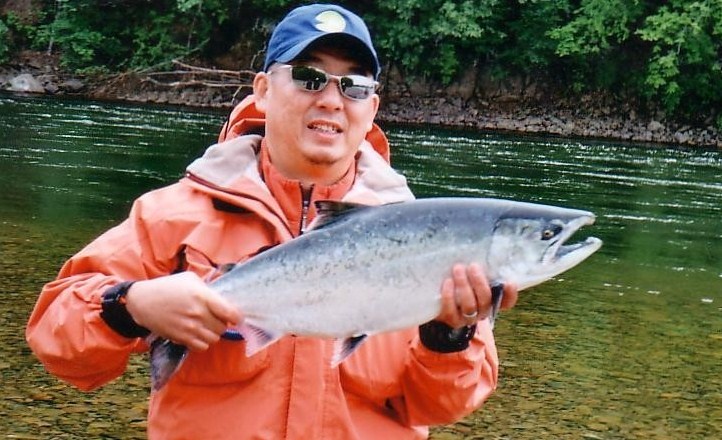 A Seema has reached sexual maturity has dark upper, and stripes on the sides of the body of bright red purple tint to combine in the abdomen in a clearer common longitudinal color band. It is for this reason that was given the name Cherry Salmon.

as adults, Seema tend despite 2 a 2,5 kg and measures approximately 50 cm long. The maximum size that can be reached by this species (which it is in the region of Primorsky Krai) It is 71 cm long and 9 kg. 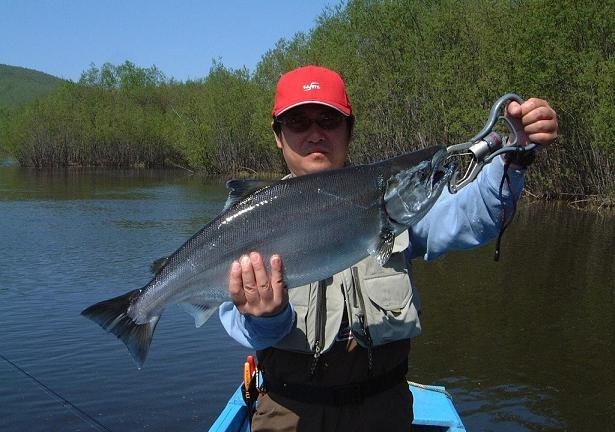 Like other Pacific salmon, their life cycle is divided into periods marine and freshwater, in rivers, this species lives 1 a 3 years and can be kept in freshwater. The life cycle of the sea, depending on the age of the young, It remains of 2 a 3,5 years. At sea, Seema is intensely fed the crustacean, less often eat young fish. Reaches sexual maturity, in its third year and enters rivers to spawn. His term begins before spawning than other salmon species. 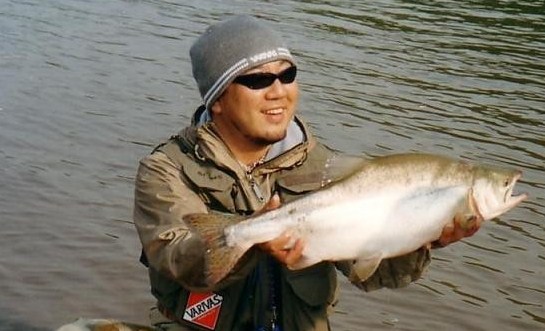 After spawning, most fish die, and those still alive (preferably young boys) participate in spawning next year, Also when leaving the roe, young people do not return to the sea, but they remain in spawning, in the upper reaches of rivers and shallow water with weak currents. 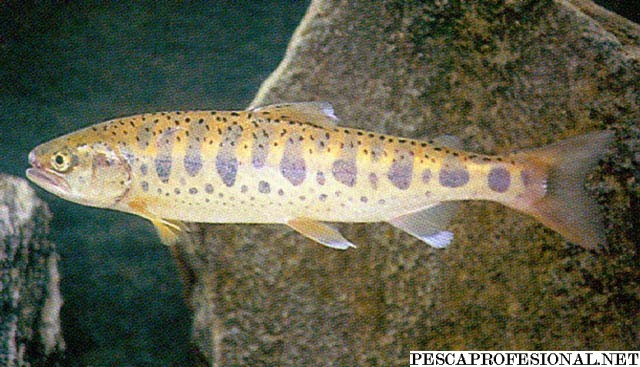