Also known as Pacific salmon, coho salmon or coho salmon. It is a species of anadromous fish found in the family of salmon.

As a member of Pacific salmon, Coho is native to the Pacific Northwest of North America, like other 4 of the 5 remaining species group (the fifth species, Cherry is a resident of Asia). In this territory of origin, from California, to Alaska, through Oregon, Idaho, Washington and the western province of Canada, British Columbia, this fish is present in almost every major river systems. 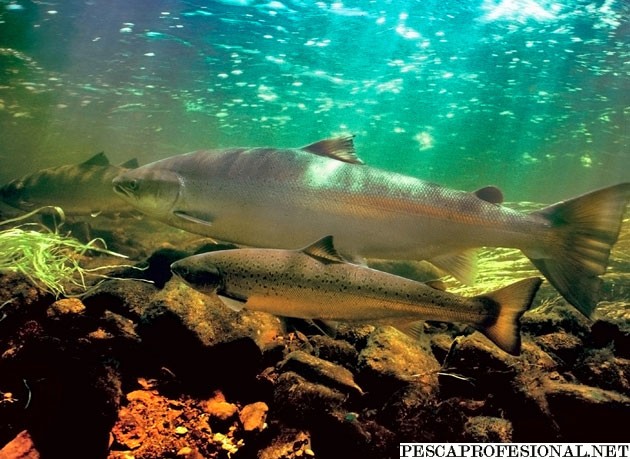 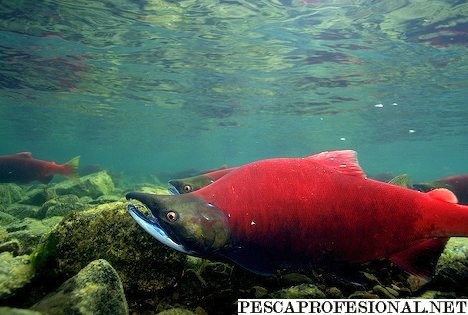 During the offshore leg, It has silver sides and dark blue backs. During the reproduction stage, jaws and teeth are bent into a hook, and develop bright red sides, blue-green head and back, with dark spots on the back and dark underbelly. During sexual maturation develops a fuzzy pink stain along the belly and the males may show a slight bow back. Coho salmon mature shows a pronounced hook nose, It has a pronounced red skin color with dark back, an average over 97 centimeters (38 inches) and weighing 3 a 5 kilos (7 a 11 pounds), although weights have been reported to 16 kilos (36 pounds). Mature females may be darker than males. 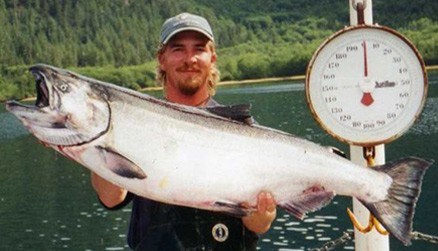 The eggs hatch in late winter or early spring after 6 a 7 weeks. Once born, stand still in the phase of alevin, that lasts 1-2 weeks. Fry no longer have the protection Eggshell, or corium, and they rely on their yolk sac for food during growth. The life stage of fry are very sensitive to contaminants and water sediments. When the yolk sac is completely resorbed by the alevin young Coho spend one or two years in their natal freshwater streams, migrate to the sea at the end of March to July. Some freshwater fish out of the spring, They spend the summer in ponds of brackish waters of the estuary and then migrate back to freshwater in the fall. Coho Salmon live in salt water one to three years before returning to spawn. 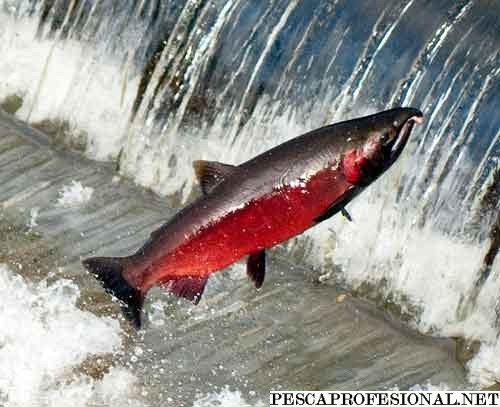 Salmon remain about a year on the river of their birth, then migrate en masse to the sea, where they grow at a very fast rate, product of the rich nutrients from their diet of salt water. In two or three years in the sea, and not traveling vast distances known by other species, but keeping no more than 200 km of its river of origin, these salmon return en masse by fjords and estuaries, tracing the rivers that gave rise, or those whose waters are related to salmon farms that lost years before.

Unlike Chinook, the Coho are recognized as a unique annual setting, which begins to perceive the nearby sea areas during the month of January, ending spawning in the upper tributaries, and the death of all returnees copies, what happens at the end of April each year, in the southern hemisphere. 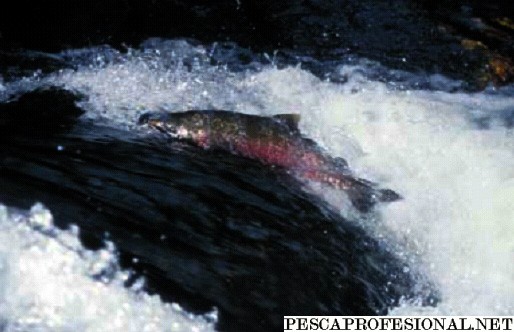 A peculiarity of this species, which has become very successful is its high rate of return, as it may happen that even 90% of the specimens originally migrated, return to spawn. This can be explained precisely by distances smaller than salmon walking in his years in salt water, even though many predators, like whales, dolphins, seals and sea lions, They realize copies, even following the shoals in their return by the estuaries of the rivers of origin.

Fly fishing is the most practiced . 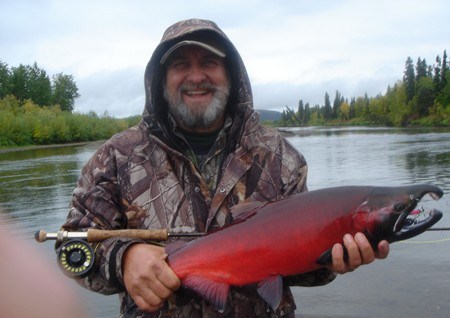 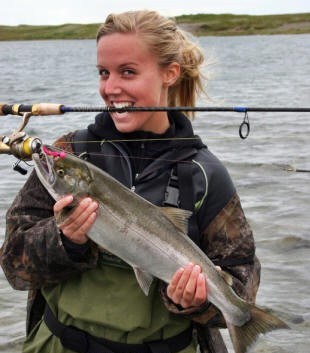 Some of the flies used for coho. 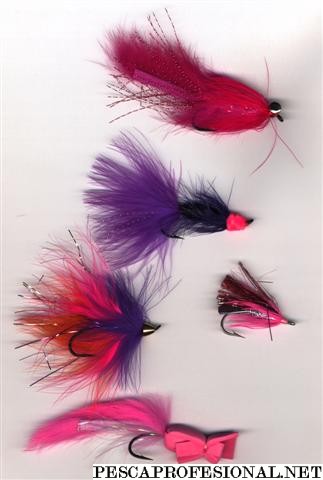 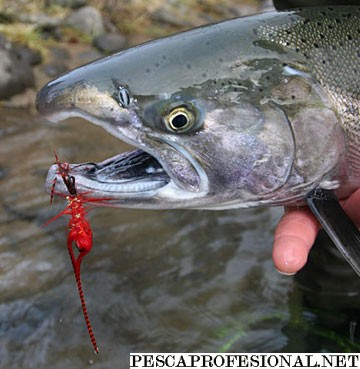 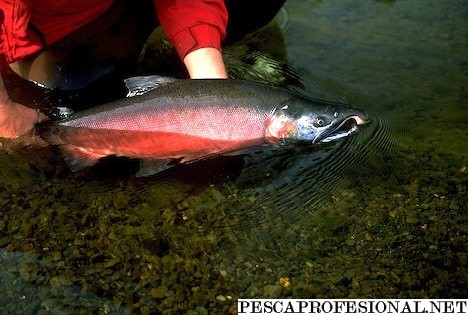