Thymallus is the only genus in the subfamily Thymallinae and species are freshwater own da. It consists of 5 different species usually calls or grayling grayling.

These fish are native to the northern part of the Nearctic ecozone and Palaearctic, from Britain and Europe Nortede (from Euroasia to Siberia), as in North America.

Thymallus species are distinguished from other species of the family Salmonidae, for its long flakes, her little mouth with teeth and , Most notable, is its ostentatious dorsal fin shaped candle. This in the male is long and colorful, with rjojas spots, oranges, purple or green. The body also has a colorful, the dorsal surface is from a dark purple hue to a dark blue or gray, with a graduation dark blue to gray on the sides and gray to white on the belly. The body is slightly decorated with small dark spots, It is much more numerous in youth. 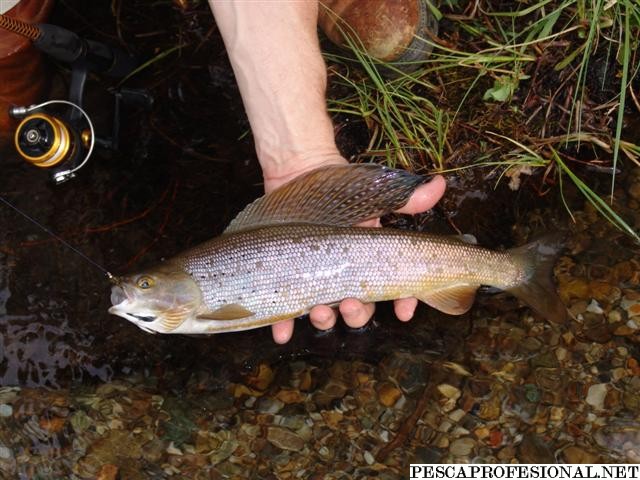 They are very sensitive to changes in water quality, so it can be considered a good bio-indicators of the quality of this. They are fish that require cold, well oxygenated water and strong currents. They spawn in rivers and hide their eggs in the sediment.

Because of its pleasant taste and attractive, are species that are highly appreciated both commercially and for fishing. 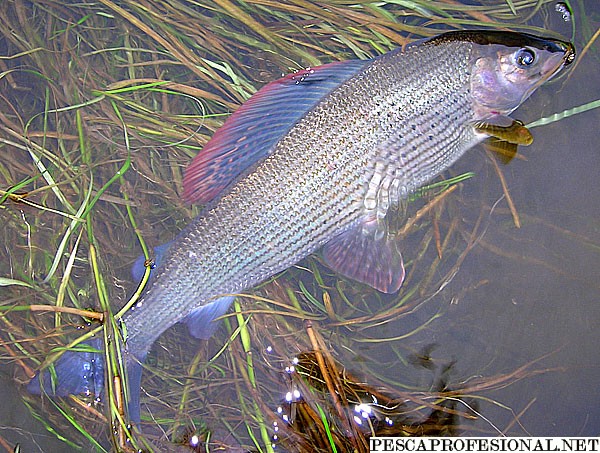 Grayling is not a migratory species. They choose places with gravel to spawn, where they will become fry whose development takes place in shallow sites, where calm waters flow.

Find the ideal living conditions in fast currents, funds covered in sand and gravel and among the succession of calm and troubled sectors. It can also be found in lakes and exceptionally brackish waters of the Baltic Sea.

Your diet depends heavily on insects, as it maintains its insectivorous diet throughout life, although in adulthood often it becomes an omnivorous animal. as omnivorous, he feeds of plant organic matter as crustaceans, insects, molluscs, zooplankton and small fish. Although they may also be prey for larger fish, Hucho hucho including I.

The grayling is a fish with a small, fleshy mouth, physically reminds our Barbs, especially combative and pretty fishing. It is not found in typical poses trout, It appears in the middle of the currents, like nothing, and almost always in groups. 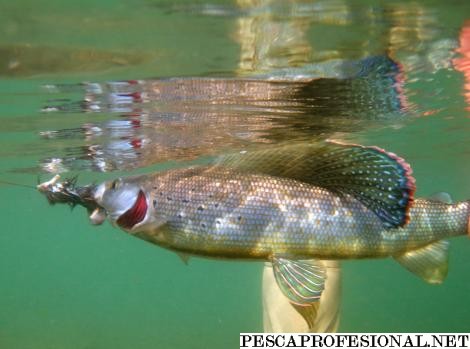 Very ballasted fishing nymphs is especially recommended for fishing for grayling in streams, Czech are the most commonly used. Also rise to dry, although they are particularly selective and you have to fish imitations very small, sizes 18-22. An imitation that works wonders with grayling is the "Red Tag", both hatchings as fishing water. Using it in 16 causes dramatic increases both trout and grayling. In the Sava, the grayling, They are not of great size due to the low temperatures of its waters, more than fish 30 cm is considered as a good example and rare specimens are superior to 35cm. 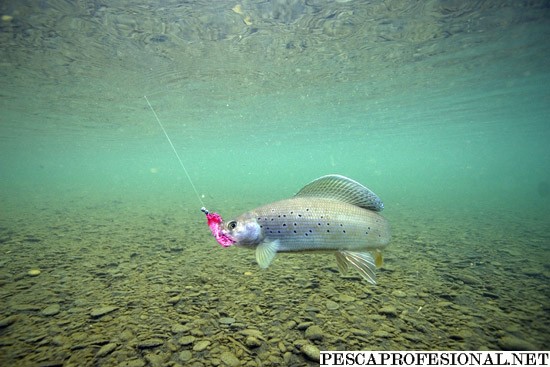