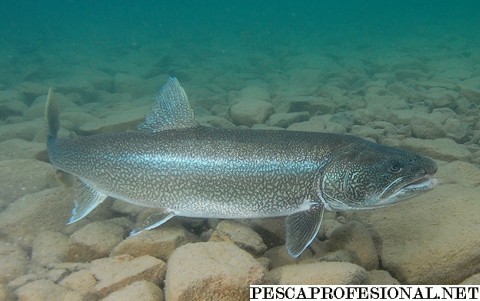 The specific epithet namaycush derives from an indigenous tribe of North America that gives its name to the species.

From a zoogeographical view , lake trout are very rare. They are native only to the northern part of North America, but mainly Canada and Alaska, to some extent, Northeast United States. The southern end of the distribution of lake trout extends into southern New York in Kensico reservior where a self-sustaining population has existed since the early 1950. lake trout have been introduced in many other parts of the world, mainly in Europe but also in South America and parts of Asia. in Canada, approximately 25% Lake trout lakes world are in the province of Ontario. Even so, only 1% of Ontario lakes contain lake trout.

Lake trout are the largest of the charr, He gave the biggest piece recorded weighing nearly 46,3kg (102libra). 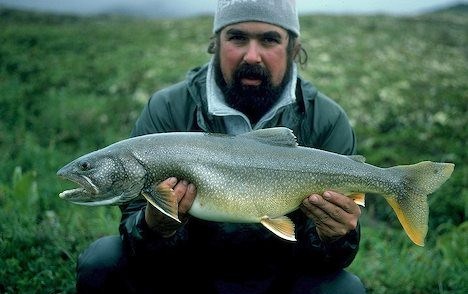 They depend cold water rich in oxygen. They are pelagic during the summer stratification in lakes dimictic, They live at depths same spot 20-60 m (60-200 pies).

Trout Lake is a slow-growing fish, typical oligotrophic waters. Also they mature very late. Populations are highly susceptible to overexploitation. Many populations of native lake trout have been severely damaged by the combined effects of hatcheries and overexploitation.

It is generally accepted that there are two basic types of lake trout populations. Some lakes do not have pelagic forage fish during the summer stratification. In these lakes, la trucha de lago asumen una historia de vida conocida como planktivory. estos maduran y crecen muy lentamente . In lakes containing forage deep water, Trout Lake is piscivorous, They grow much faster, They mature at a larger size and are less abundant. Despite differences in abundance, biomass density of lake trout is fairly constant in similar lakes, whether the lake trout populations are planktivorous containing or eat fish.

Appreciates the deep, cold lakes, and limits his movements to the environment it inhabits, without making migration and feeding and spawning in lakes. 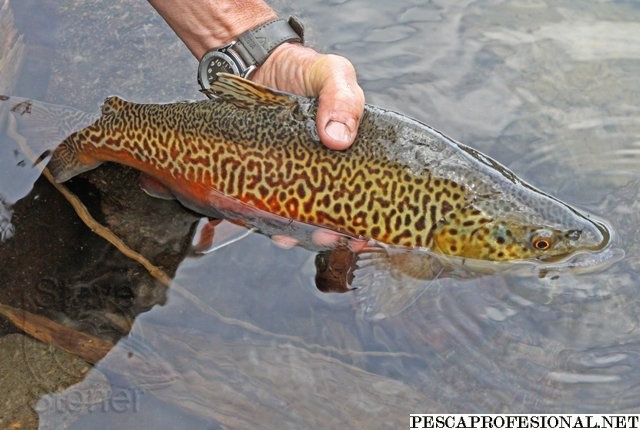 Despite reaching sizes it is not as appreciated as other salmonid species, by virtue of their poor combativeness. There is a hybrid form called Splake, product of crosses of this species and brook trout (Salvelinus fontinalis), which brings more attractive conditions and has been widely distributed in the US with the help of fish farming.

One thought on “LAKE TROUT – MACKINAW”