Well below the surface of the earth where the sun rarely penetrates there is a fascinating world: worms that glow like fireflies, precious stones and limestone caves, a territory inhabited only by nature. In this world, unknown for most humans, There are dreamy landscapes, calm lakes, a large network of caverns and rivers and streams that shape a landscape in perpetual change.

This is not the typical note of viajeras, it is unlikely you can visit these places as a getaway on a business trip but who knows ... we invite you to explore these wonderful underground domains through this amazing collection of photos compiled by people Environmental Graffiti.

The 10 most fabulous underground lakes in the world:

It was discovered during the Tang Dynasty for almost 1.300 years. It is located in the region of Guangxi Zhuang in Southeast China. Literally cave called the Cave of the reed flute, by reeds he was at the entrance and were used to make these instruments, It is 240 m depth. 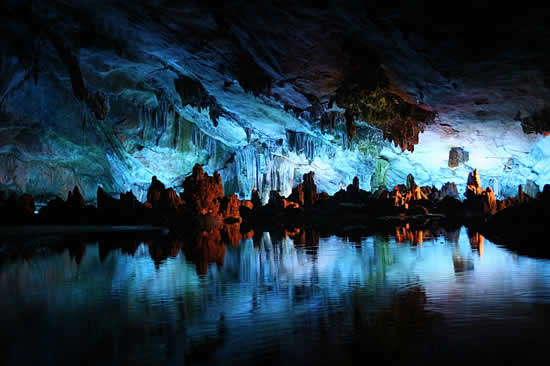 Guilin has an international airport and well communicated by train to major Chinese cities like Shanghai and Beijing. More information: http://www.chinatravelguide.com/ctgwiki/Guilin

Cheddar Gorge is the largest canyon in Britain and there is Cheddar Caves, Where, in 1903 It was found the oldest complete human skeleton Britain, known as Cheddar Man, It is estimated that the remains had 9000 years of antiguaty. Samples caves signs of having been inhabited by humans ago 40,000 years and there are also traces of cannibalistic practices.

It is said that these caves lit the imagination of JRR Tolkien, the author of the trilogy "The Lord of the Rings" who visited them in 1916. 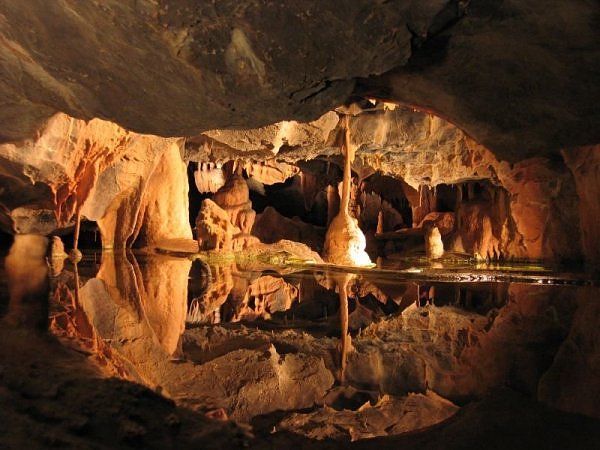 New Museum of Prehistory "Cheddar Man & the Cannibals” explora 40,000 years of British prehistory, with demonstrations of the skills required to survive in the Stone Age and exhibits samples of rock art.

Hamilton Pool Preserve, in Austin, Texas, It was created naturally when the roof of an underground cave collapsed revealing this stunning natural pool. Currently it is frequented by hikers and naturalists. 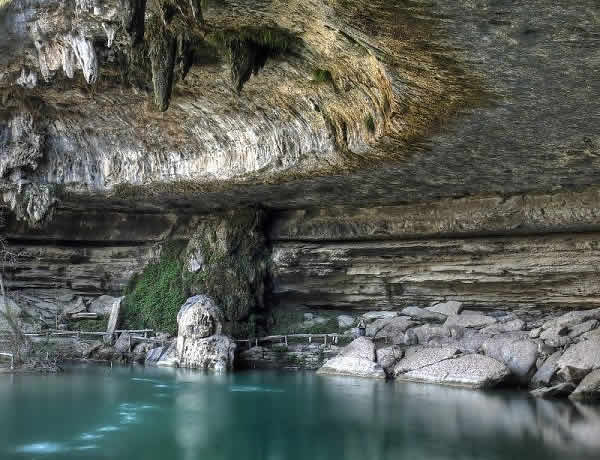 Hamilton Pool view from another perspective. When there is heavy rain, a cascade of almost 14 meters high falls from the edge of the cave, very spectacular if you are taking a bath. 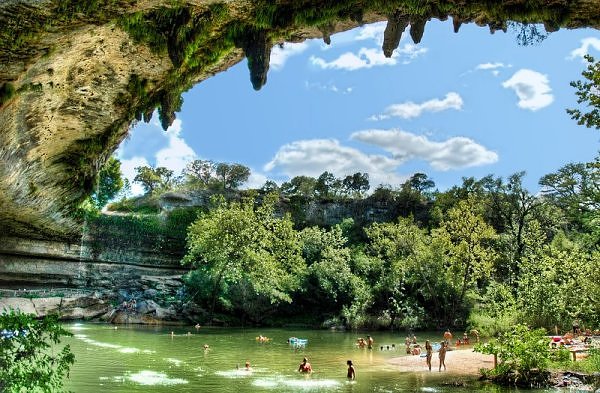 Luray Caverns are a system of columns filled underground, mud flows, stalactites, estalagmitas, formations reflected in small lakes and many other formations. In the picture we can see how the stalactites hanging from the ceiling of the cave are reflected in the calm waters of the lagoon. 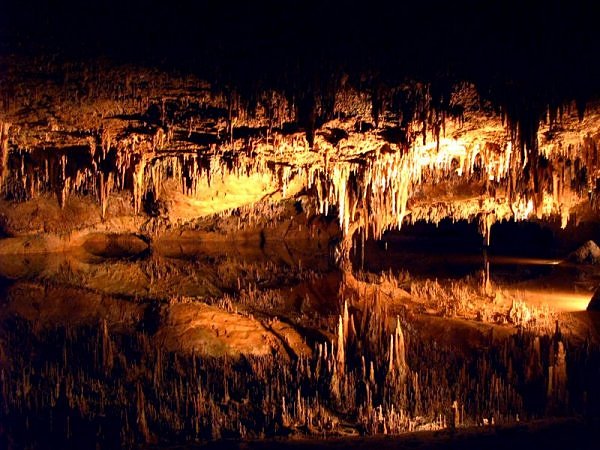 These caves are the largest in the eastern US, they are the Shenandoah National Park, located northwest of the state of Virginia. The territory is a natural part of the Blue Ridge Parkway in the central section of the Appalachian Mountains Virginia.

Wookey is a village located 2 miles west of Wells on the River Ax in the district Somerset. The caves were formed by the action of the river in the limestone hills. 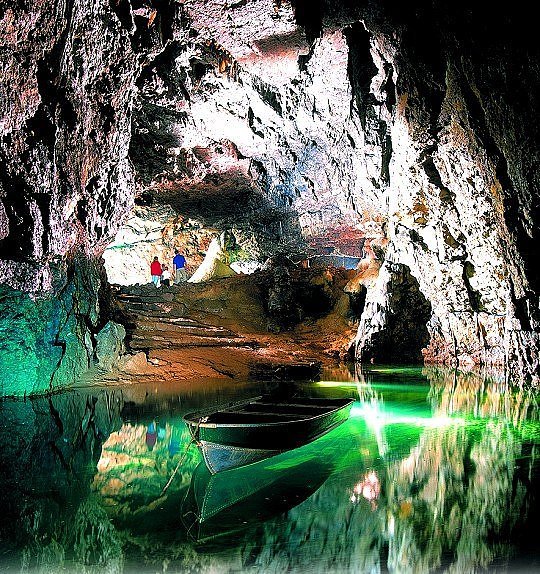 Wookey have a constant temperature of 11 C and there are traces of having been inhabited since 50.000 years. The temperature of the caves had to be used to ripen local cheddar cheese. They are used for diving practices.

This underground lake Melissani Caves, on the island of Kefalonia, Greece, It was found when the roof of the cave collapsed during an earthquake in 1953. It is located northwest of Sami. Cave Melissani or Melisani has the distinction of being surrounded by a forest. In Greek mythology, This was the cave nymphs. 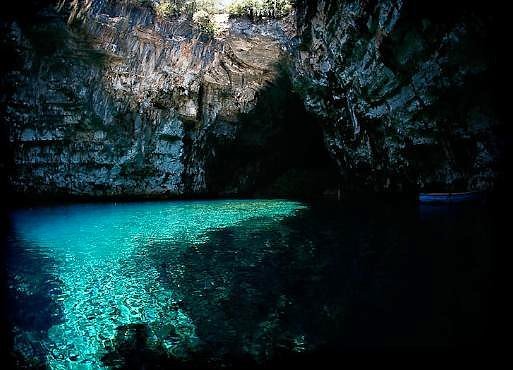 Lechuguilla Cave, in Carlsbad Caverns National Park, New Mexico is the fifth longest cave discovered with 193 km long and 489 meters deep, which makes it the deepest in continental United States. 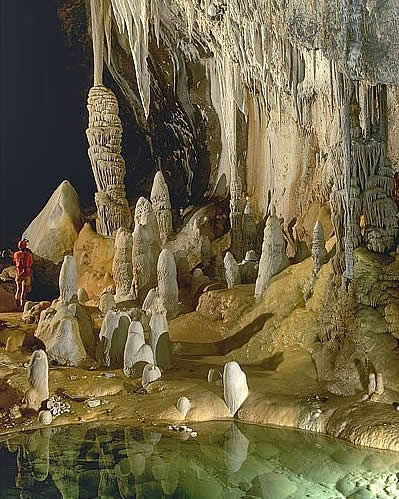 This underground lake near Macan Ché on the Yucatán Peninsula is one of the Maya considered a gift from the gods and, Thus, sacred. They are known locally as cenotes and underground rivers. 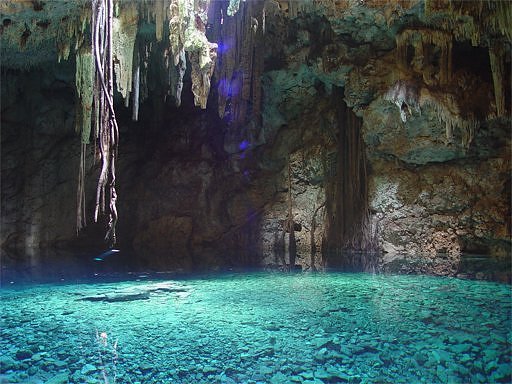 The flow of limestone in this underground lake in Mexico resembles a waterfall. 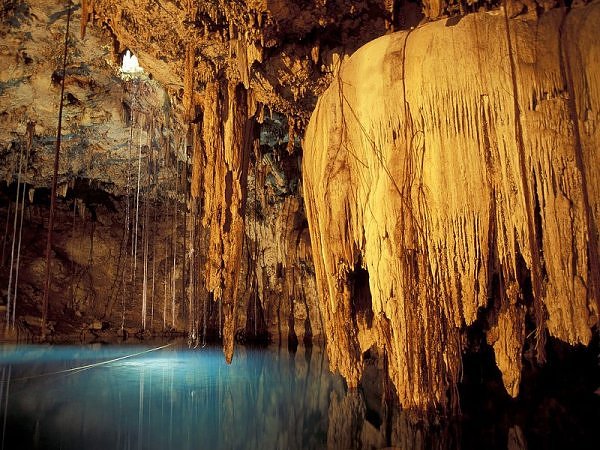 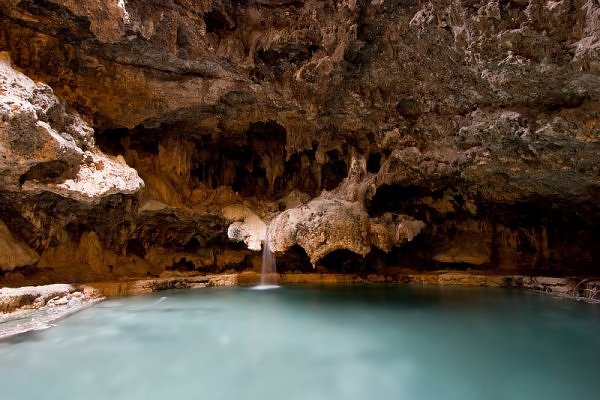